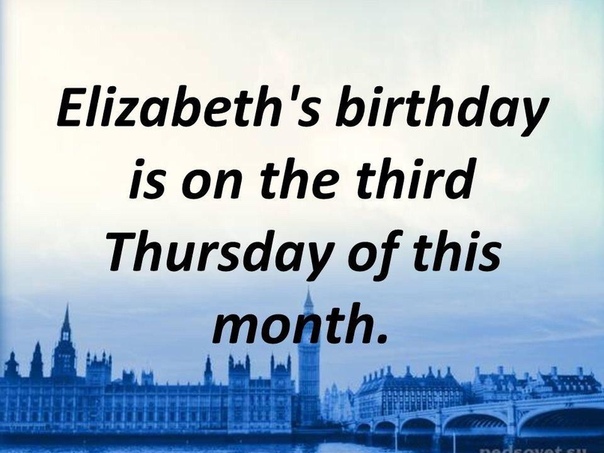 9) Elizabeth’s birthday is on the third Thursday of this month.